Inheritance Tax – Why it’s important to recheck your will 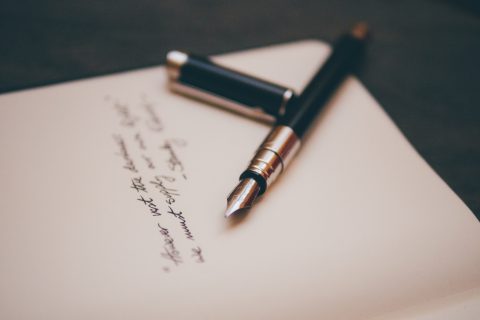 Charles Cooper, one of our Direct Access Barristers, looks at Inheritance Tax and why it’s important to recheck your will.

Developments within the law surrounding inheritance tax and estate legacies mean that it’s more important than ever to pay careful attention to the exact wording of your will. In particular, extra care must be taken when undertaking inheritance tax planning.

Understanding the tax allowances and the implications they can have on the estate you leave behind often requires the help of an experienced professional.

The Nil-Rate Band applies to property that passes upon death, as well as taxable gifts made within seven years before death.

Since 9th October 2007, the unused Nil-Rate Band (‘NRB’) of your spouse or civil partner can be transferred to you if they die before you. This is called the ‘Transferable Nil-Rate Band’ or ‘TNRB’.

When a NRB is transferred to a surviving spouse or civil partner, it increases their Nil-Rate Band by the proportion of the first NRB unused on the first death. As you may imagine, the successful transferring of this NRB can have a huge effect on the total estate bequeathed upon the death of the second spouse.

Drafting Nil-Rate Band legacies therefore forms a very important part of constructing a will, and as we shall see below, the careful wording of these is crucial to a clear and successful bequeathment of estate.

Loring vs Woodland – The Importance of Careful Wording

In 2014, the Court of Appeal was asked to consider whether the wording of a ‘Nil-Rate Band Legacy’ should include the Transferable Nil-Rate Band of the spouse as well.

The landmark case in question was Loring vs Woodland Trust.  In this case, the deceased’s will had left the value of her unused Nil-Rate Band to her family and the remainder of her estate to the Woodland Trust charity.

The wording of the legacy in the will stated it left to the family a sum “equal to such sum as is at the date of my death the amount of my unused nil-rate band for inheritance tax” (emphasis added).

The complication arose because there was a transferable Nil-Rate Band available from the deceased’s spouse, who had died some years before.

The family felt that the wording allowed for the husband’s transferable NRB to be added onto the legacy, while the charity felt otherwise.

The court therefore had to determine whether the Nil-Rate Band legacy in question should take account of:

b) The deceased’s Nil-Rate Band plus the Transferable Nil-Rate Band from her husband’s estate (i.e. £650,000) which would reduce the amount due to the Woodland Trust to £30,805.

The Court decided on the latter and the charity came away with a total of £30,385.

This Residence Nil-Rate Band can prove complex, particularly when properties have been downsized, or when the deceased sold their residence prior to their death and moved into residential care. According to James Kessler QC and Charlotte Ford in their book Drafting Trusts and Will Trusts – A Modern Approach, it “enormously complicates the drafting of wills”.

It’s therefore extremely important that you get advice from a legal specialist who has extensive experience in the drafting of legacies. Particularly if your will was drafted some time ago.

The law surrounding legacies is constantly evolving. When it comes to the drafting of your will, you need to be 100% sure you’ve got an expert on the case. But it shouldn’t cost the Earth. With Direct Access you get fast, affordable advice and advocacy from highly trained and approachable legal specialists. What’s more, fees are always fixed and quoted in advance.

The best way to avoid legal issues related to your legacy is to ensure you have a watertight will that is worded clearly and carefully. This is where our experienced Barristers can help. We have extensive expertise in legal issues surrounding the drafting and contesting of wills, probates, family trusts, legacies and estates, and have represented clients at all levels of court, including claims under the Inheritance Act.

Contact us today to discuss how we can help.