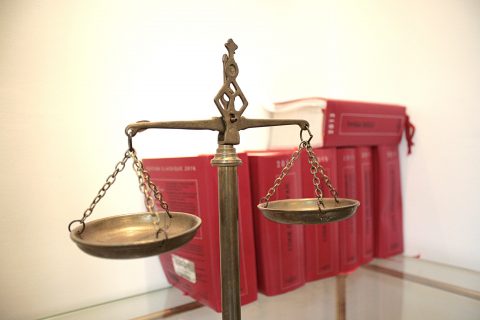 Are you dealing with a work-related grievance? Whether you’re an employer or a worker, now may be the time to act if you need to secure a swift settlement. According to Courts Service figures, there’s been a 64% rise in the number of single employment tribunal claims since the Government abolished fees last year.

Impact of the fees

The fees, which were introduced in 2013, had caused the number of employment tribunals to drop by as much as 70 per cent. Unions campaigned against them, claiming they were denying access to justice and causing valid claims to go unheard.

Because the fees made many types of individual grievance, such as unpaid wages and ‘ordinary’ unfair dismissal too expensive, those types of claim have increased dramatically. It seems many people simply didn’t bother to bring claims for things like underpaid holiday because the cost of the tribunal fees was often higher than the amount in dispute.

In July 2017, the Supreme Court concluded that the tribunal fees were unlawful. They said that they “had a substantial impact on the ability of certain groups of people to bring claims, especially people who were trying to recover relatively small amounts of money”. In particular, the Court found that the fees were discriminatory towards women, who were more likely to to have short term employment and therefore be impacted.

After this landmark ruling, the Ministry of Justice “took immediate steps” to abolish fees for tribunals, and allowed those who had already paid fees to apply for a refund. By the end of 2017, the Ministry had received 4,800 fee refund applications, and had paid out 3,337 refunds totalling almost £2.8m.

However, this process is ongoing and will take time. Because the fees were in place from July 2013 to July 2017, there’s still a backlog of fee refunds to sort through – the Government only started processing the refunds in October.

There is also the added strain all these extra cases are putting on the Employment Tribunals system as a whole. Having scaled back the system over the past few years due to the lack of cases, the Government is now looking at increasing resources to handle all the new cases being submitted.

The impact on employers

Many employers are facing an increase in both multiple and individual claims, including historical claims. Workers are arguing that they would have brought a claim some time ago, but for the prohibitive fee regime. There’s also the issue of timescales – with a sharp increase in the number of claims, there may be a long wait before settlement is reached, which can prove costly in terms of resource.

With the financial barriers now removed, workers with a legitimate grievance are able to access the justice they deserve. If you’re facing a problem at work, then discussing your case with a Direct Access barrister can help you determine the strengths of your case, and your likelihood of success.

As an employer, it’s important that you focus on prevention instead of cure. Robust and up-to-date employment policies, the correct documentation, and fair and reasonable processes will all help limit the risk of facing claims at employment tribunals. Our Direct Access barristers are experts in employment law, and can advise and assist in the drawing up of contracts, policies and documentation.

If you’re facing a tribunal, then having the right advice and representation is extremely important. Magdalen Direct barristers advise, assist and represent both employers and employees at tribunal and court. We specialise in unfair or constructive dismissal, help with contracts, minimum wage claims, restrictive covenants, breaches of contract, injunctions, and TUPE.

Since the fees were abolished last year, the number of employment tribunals has been increasing rapidly. If you need expert advice or representation, talk to our friendly clerks today to find out how Magdalen Direct can help.